We’re already one twelfth of the way through Trump’s first term, and what a memorable four months it’s been! The assaults on our rights, dignity, sanity and basic survival have been unrelenting, and while left-leaning Americans have been passionate in our desire to resist, we can’t do it alone. We need an authoritative voice—a trustworthy leader to rally around, and to keep the fires of dissent burning. Over and over, the Times has promised to be that voice. In a series of ads, the paper of record positioned itself as a lone defender of truth, an entity which is “hard,” yet “more important now than ever.” And their editorial board has called on Americans to fight “a reckless, unqualified leader” through “activism.” 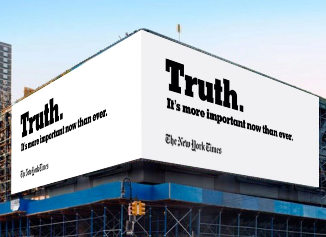 But what exactly does that involve? How would the Paper of Record have us manifest our outrage and passion for justice? Below, some suggestions culled from its pages. END_OF_DOCUMENT_TOKEN_TO_BE_REPLACED

This trend piece comes to us from Teddy Wayne, bestselling novelist and author of one million mildly to somewhat amusing one-sentence articles for McSweeney’s.  (For those not familiar with McSweeney’s, it is an online humor site for people who hate dick jokes and love those Yelp reviews that are in the form of an open letter to an abstract entity, but wish they were a little edgier.)  But he’s not just a disarmingly quirky observer of modern mores; he’s also a concerned and judgmental observer of modern mores.  For instance, one day Wayne was on Amtrak, and overheard four debutantes conversing.  He found their discussion to be humorous, so he began typing what they said and posting it on Facebook for his friends to laugh at.   I know what you’re thinking:  “That’s a really cool story.  It’s a shame that only Teddy Wayne’s Facebook friends got to see those posts, when they should have been made available for everyone to read.  Teddy Wayne is too modest, making fun of teenage girls on Facebook and then trying to get out of taking credit for it.”